The microwave oven is one of the most widely used kitchen appliances Just like paper film, the microwave revolutionized cooking.

But what if we use film in the microwave?

There are many precautions and fears surrounding the use of the microwave It is common to avoid using them with a metallic element inside, other people are afraid that they will cause cancer.

Considering this reality, it is logical that there are doubts about the convenience of using transparent film to heat food in the microwave.

Get rid of doubts about the use of this type of kitchen paper and discover other uses for film. Also, learn about the objects you should avoid putting in the microwave oven.

Transparent film in the microwave 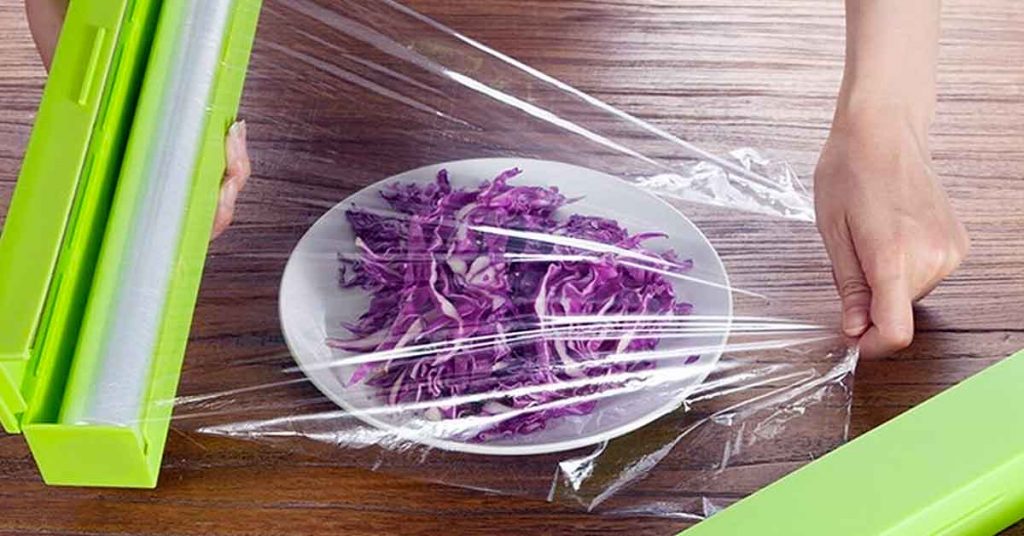 Transparent paper film is a type of plastic often used to protect food, either in containers or other types of containers.

For this reason, it is common to think about heating inside the microwave with transparent film paper.

However, you need to make sure that the film paper has the capacity to withstand high temperatures before you put it in the microwave.

The recommendations for use should be specified on the box of the different brands of film paper sold in supermarkets. That way, the brands establish the conditions for safe use of their product.

If the brand of paper film you purchased indicates that it can be used in the microwave oven you’ll get the affirmation you expect. Use it without fear.

If you need to use it often, we recommend that you check the ability to use the paper at the supermarket and not when you get home. 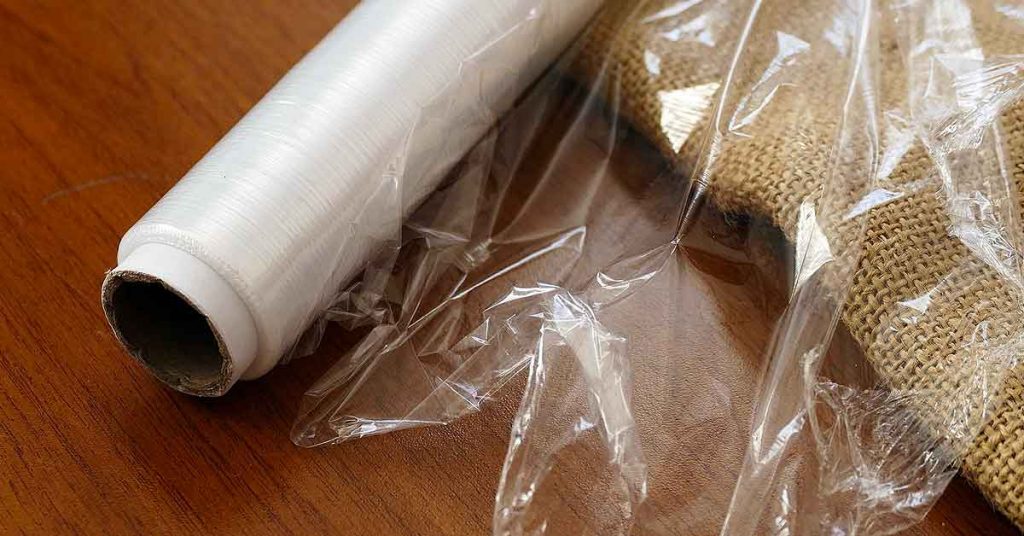 Paper film is a plastic packaging roll that is considered by many to be a versatile tool It stands out because of its elasticity and easy adaptation to packaging.

One of the main uses of paper film is to wrap and preserve fresh or cooked foods. It is also used to cover food before storing it in the refrigerator or freezer.

Another reason for the frequent use of film is to avoid burns to the food, when exposed to the usual cold of the refrigerator.

Have you lost the lid of the container you want to use? Don’t worry, with a bit of transparent film you can cover the container as you did with the original lid.

In addition, the paper film covers the food with dust or insects when you let it marinate in some sauce or broth, prior to its preparation.

When throwing a party, film is a great ally. You can cover sauces, sandwiches and lids until the guests arrive. Then, at the end of the party, you’ll be able to store everything that’s left over without any problem.

Other uses not recommended for the transparent film 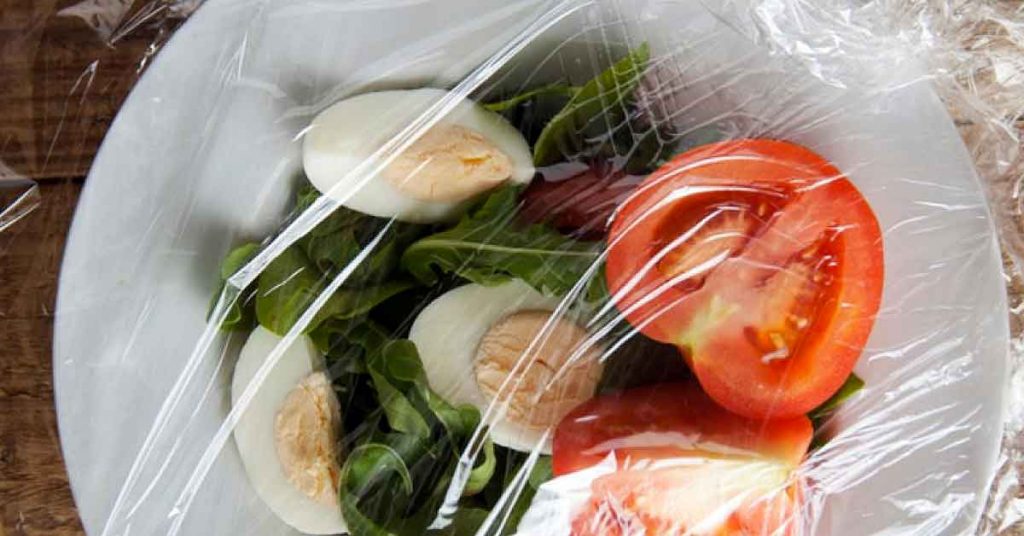 Non-recommended uses of clear film paper are associated with high temperatures and the inability to tolerate them, in principle because they are made of a material that is not ideal for that type of use.

It is important to avoid – at all costs – exposing the film to the sun or to the high temperatures of barbecues, frying pans, ovens or microwaves. It will melt without putting up any resistance.

In that case, plastic could release some substances or gases that are harmful to health and it’s best to avoid this situation.

Things that should not be put in the microwave 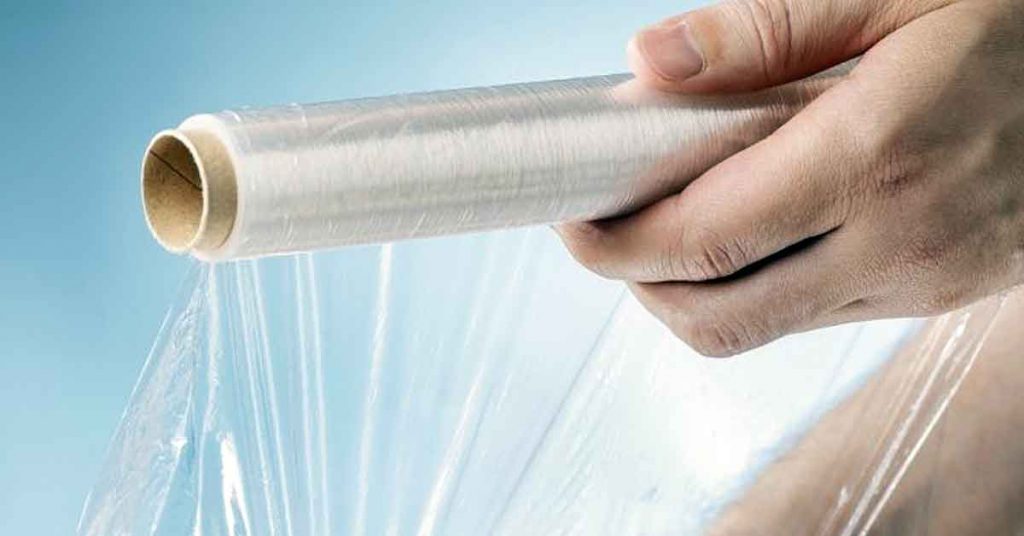 In addition to certain brands of film paper that cannot be used in a microwave oven, there are products that are not suitable for microwave use.

You should also avoid using dishes with metallic paint edges, can generate the same effect as you do with a metal target.

In the case of foods such as vegetables, it is recommended to make cuts in the skin before placing them in the microwave oven.

The cuts prevent the vegetables from exploding, as a result of a rapid increase in temperature and that they generate a large volume of vapours.

The same problem occurs when placing eggs with their shells in the microwave. The internal heat of the egg generates pressure that is only released when it explodes.

Finally, you must be sure that your plastic containers are suitable for heating in microwave ovens

Otherwise, the plastic could melt and expel hazardous substances when it comes into contact with your food. In the worst case, the container will completely melt and you will have to clean up the mess.

Alternatives to paper film heating in the microwave

If you are not convinced by the use of paper film to heat food in the microwave, you can visit our online store Single-use.

In our category of plastic products, you will find microwaveable PP plastic platesWithout a doubt, this is the safest and best quality alternative you will have at your disposal.

We have an extensive catalogue of microwaveable PP plastic plates with different sizes, colors, designs and shapes that you can use to heat your food in the microwave.

In addition, you can find products such as trays, cutlery and glasses, also made of PP plastic, which can be used in the microwave oven.

If you want a biodegradable product, you can visit our section of ecological plates and bags that you can use in your microwave without complications.

Place your order, indicate a delivery address and in a maximum of 48 hours you will receive it.