Stagier is a term you might encounter for the first time, but if you are in the restaurant business or want to be part of it, you have to know it and, more importantly, learn how to handle it.

Students from culinary schools, as in all careers, must have internships in restaurants to improve their techniques, learn how to handle work in the kitchen, best practices and the keys to success in this competitive sector. For this purpose, some restaurants organize internships for trainees that may be paid or unpaid.

In addition to students, some professionals and gastronomic entrepreneurs join to work under this modality in famous and high level restaurants to broaden their knowledge.

Learn a little more about what a stagier is, how long this modality has existed and what its advantages and disadvantages are.

A stagier is a person without experience or a professional who works in high level restaurants with Michelin stars, forks or suns. In this way, he learns from a unique experience in restaurants with great recognition. A higher demand in food preparation, learning about new cooking techniques and being part of a team responsible for the excellence of the restaurant, is part of their training.

Having the possibility of working in these exceptional restaurants, one must dedicate all the effort, time and effort because at the first failure you can be replaced with the first one in a long waiting list.

Do stagiers who work for restaurants have a salary? 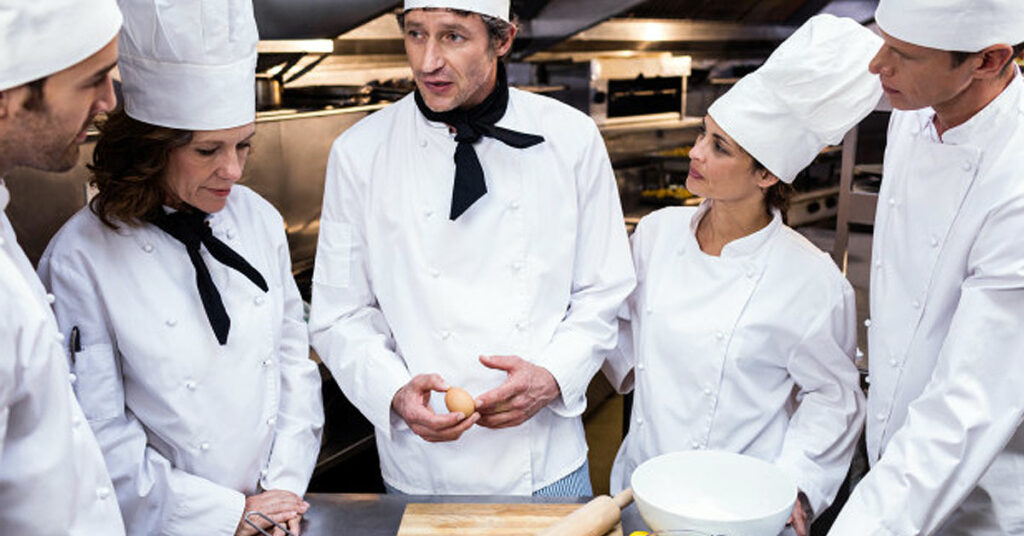 Some restaurants that offer these internships for trainees do not offer payments.

These restaurants claim that the best payment is the experience they need to work in other restaurants and with recognition within the gastronomic world.

Some chefs state that when they were stagier they never charged a single euro. This is even extended from the learning period and after finishing it.

Most say that, thanks to that experience, they began to go their own way in different places until they had their own restaurant.

However, there are some restaurant chefs who, despite having the same type of training, do pay interns for the work they do.

As some of the trainees are foreigners who are starting their career in the country or students who are finishing their training in gastronomy, the restaurant helps them with the payment of their transport or pays a small salary while they are learning.

When working as a stagier in a restaurant, there are many aspects to be taken into account so as not to interrupt the work dynamic that runs the restaurant.

Within these characteristics we will explain how these internships are carried out by the stagiers, how the processes are and how the time management is. All this changes from one restaurant to another, even taking into account the recognition of the restaurant to be more or less rigorous.

Many of the people who apply for the position of stagier in a recognized restaurant come from private culinary schools under an agreement of cooperation between the schools and the restaurant.

However, the three-month stagier work is a proposal that is offered to each student and it is their decision whether to take it or leave it.

Perhaps this type of internship is not mandatory, but it is important that each cook tries to set a culinary career of excellence to be recognized, have greater employment opportunities and even open their own restaurant.

For this reason, it is estimated that the number of students who accept this method of working is 80%. An experience so rich that, in most cases, they do not take into account whether they are paid or not.

When they start working in restaurants, stagiers have an accident insurance and a civil responsibility insurance.

Before starting these practices, an agreement is signed with the conditions that must be followed during the three months that you will be working in the establishment.

However, if people study at public catering schools, this is a fundamental requirement that forms part of the final term’s courses.

The work of a stagier in a top restaurant will depend on the practices he or she carries out in his or her career or area of specialization.

Some restaurants consider that everyone should have the ability to take on any type of task. Therefore, every member of the kitchen must be able to do everything from washing dishes to preparing fish.

Depending on their performance during their stay in the restaurant, the chefs will delegate new tasks to them and create more parts of the dish until they manage to prepare a dish themselves.

Even those with the best discipline and performance are hired once they finish their studies.

A profession that requires sacrifice, much time and effort

In Spain there are more than 160 restaurants with Michelin stars. In most of these, students of gastronomy do their work as stagier.

Regardless of whether you study at a public school or a private school, this is one of the best ways to gain experience.

Stagiers have a school-restaurant agreement and not a contract, so they can comply with the schedule they want as long as they do eight hours as established by the regulations.

However, many of the interns prefer to work overtime during the week to get days off or some financial compensation.

Even if some stagiers do not receive a salary like any other member of the restaurant because they are in a training process, the restaurant is responsible for providing food and accommodation, if necessary, during the three months of the internship.

In addition, they are insured by their school or the restaurant in case an accident occurs during their practice.

Why offer good snacks to your customers?

How do I sell pizzas from my house?

Ways to calculate personnel for a restaurant

Distance between tables in a restaurant